On February 9, 2016, leaders from Dow Chemical and Cooper Standard opened a new science station in the Deep.  More than 50 students were on hand to take part, as scientists and engineers from the companies led them is a series of demonstrations and interactive exhibits to spark their curiosity.

Cooper Standard and Dow will staff the center with trained employee STEM volunteers who will offer tutoring, science demonstrations and career information, starting with SAY Play’s first Lego Robotics team.  “Educating and empowering our youth is fundamental to the long-term success and sustainability of our communities,” said Greg Jozwiak, a business president at Dow. 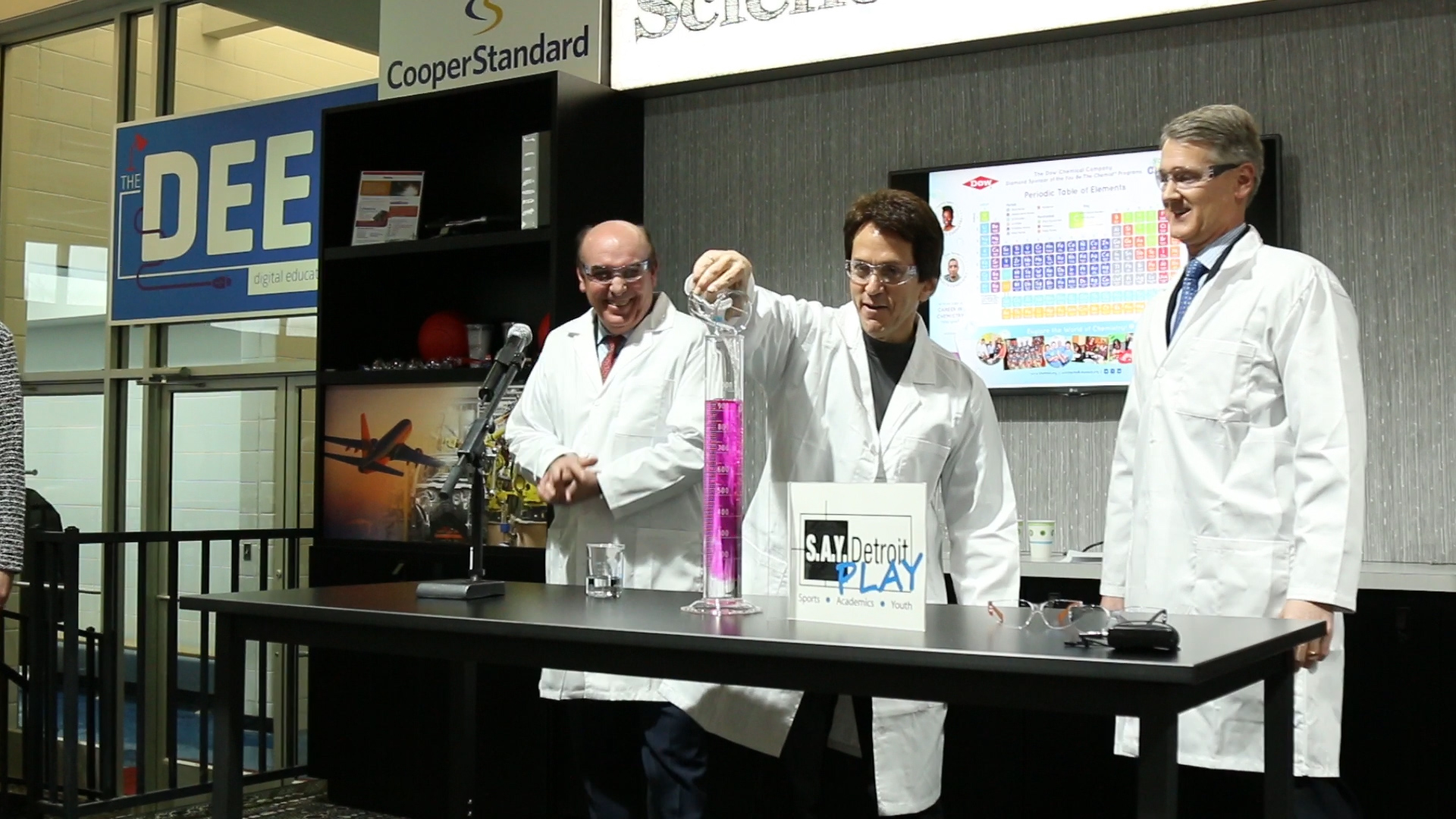 Jermaine Moore was one of the first members of the SAY Detroit Play Center.  When renovations began at the center last summer, Jermaine rode his bike to the center almost every day and asked to get inside to play basketball, despite the fact that the center was still closed.

Jermaine is now a starting guard on the SAY Play Warriors, but his work in school is more impressive.  Last week, Jermaine came into the center and said, “My teacher says I”m going to get a good report card tomorrow!”

The next day he had the proof: he had improved his GPA by half a grade level over the last quarter.