Peter Andoni, co-owner of Shield’s Pizza and a longtime supporter of S.A.Y. Detroit, took a tour of our S.A.Y. Play Center at Lipke Park today for the first time and made a large donation for the students who attend the center after school.

Peter has a new product that’s out in stores now — it’s called “P-Nut Free PB&J’’ – and today he dropped off the first of several shipments of the individually-wrapped sandwiches for the students, whom we provide free dinner and snacks for everyday. 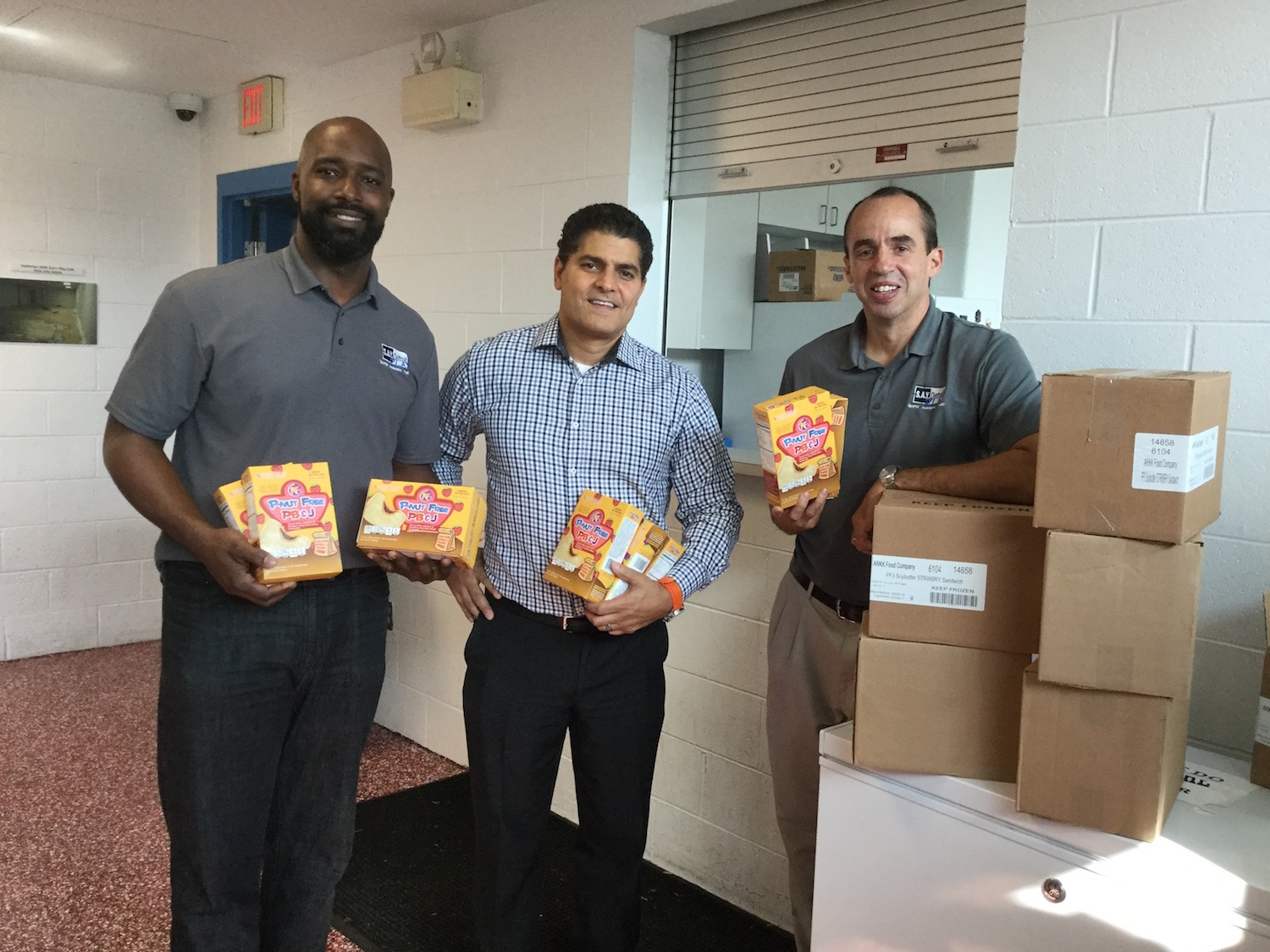 Peter is donating 700 sandwiches to the S.A.Y. Play Center over the course of this semester. Peanut allergies are more widespread than most people realize: More than 40 percent of all schools in this country, in fact, are peanut-free, and these whole-wheat sandwiches are nutritious with less sugar and saturated fat than regular PBJ sandwiches.

Peter has also been a longtime partner of S.A.Y. Detroit in catering the pizza party for shelter women and children at our annual A Time to Help Salvation Army Holiday Party. And we’re glad to see that he’s committed to helping again — for the 10th year — at this year’s Holiday Party on December 3 at the Salvation Army Booth Family Shelter.