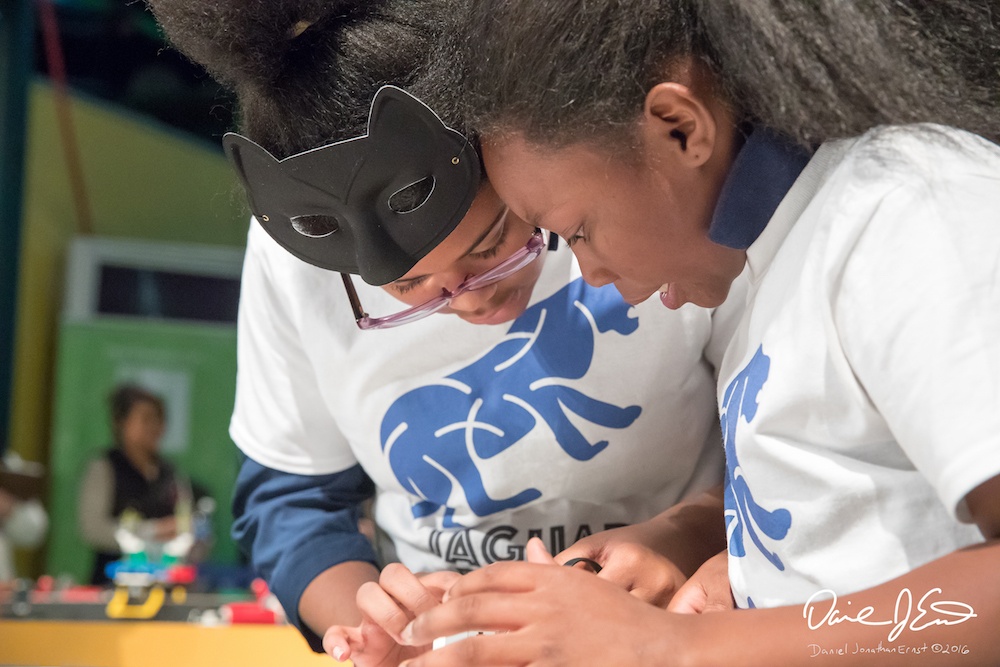 Saturday, November 12 was an exciting day for three Warriors teams who competed in the FIRST LEGO League qualifier event, hosted at the Michigan Science Center. From 10:00 am to 6:00 pm, 24 teams from 14 cities in southeast Michigan took part.

In the 2016-2017 qualifying tournament system, teams received one robotics challenge and one project challenge centered on the animal-human relationship. They had to develop an autonomous robot using the LEGO Mindstorms kit to score points on a themed playing field in the Robot Game, as well as research, develop, and present a solution to a research problem.

Jaguar Pride, Hustlin’ Huskies, and the Panthers were tasked with the following specific challenge this year: 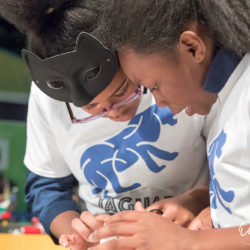 ← Our Snack Cabinet Just Got Bigger S.A.Y. Play Closed Monday →
Back to stories