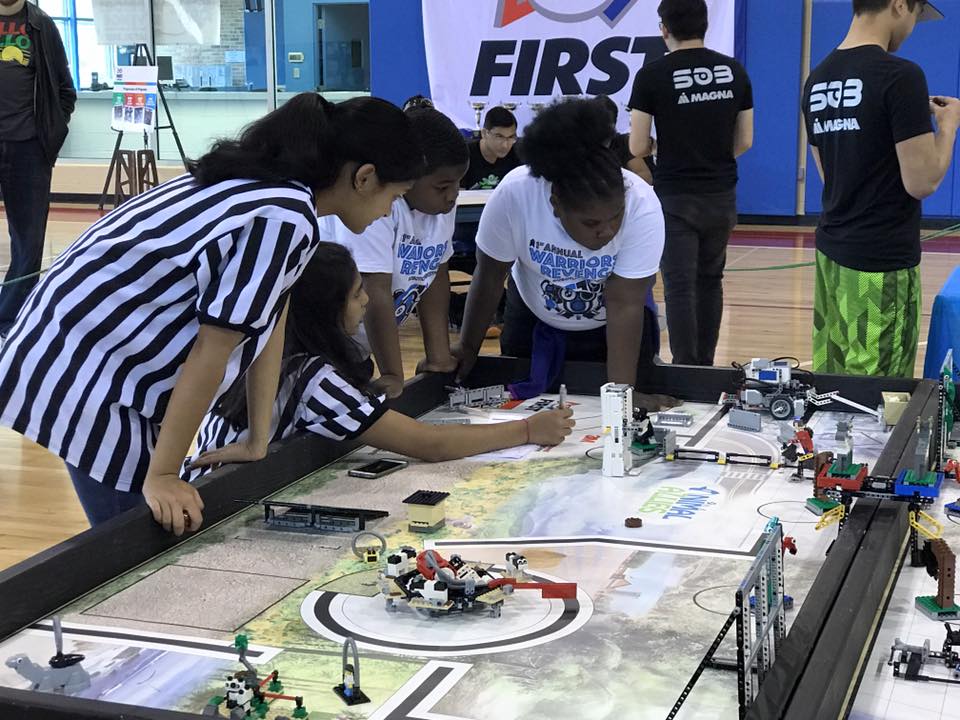 For the second consecutive year, Robotics at SAY Detroit Play is the recipient of a FIRST® STEM Equity Community Innovation Grant. The annual grants are given to underserved and underrepresented communities to support the development of new, innovative approaches to address equity, inclusion and diversity inequalities in STEM (science, technology, engineering, and math). The grants are directed to facilitate hands-on learning and problem-solving opportunities

One of 17 winners, SAY Play will expand its robotics programs to include its first FIRST LEGO League Jr. team and add additional FIRST® Tech Challenge teams. The grant will also allow SAY Play to recruit additional coaches and host robotics competitions in its community.

← GDYT College Tours It's Been a Summer of Success, Final →
Back to stories