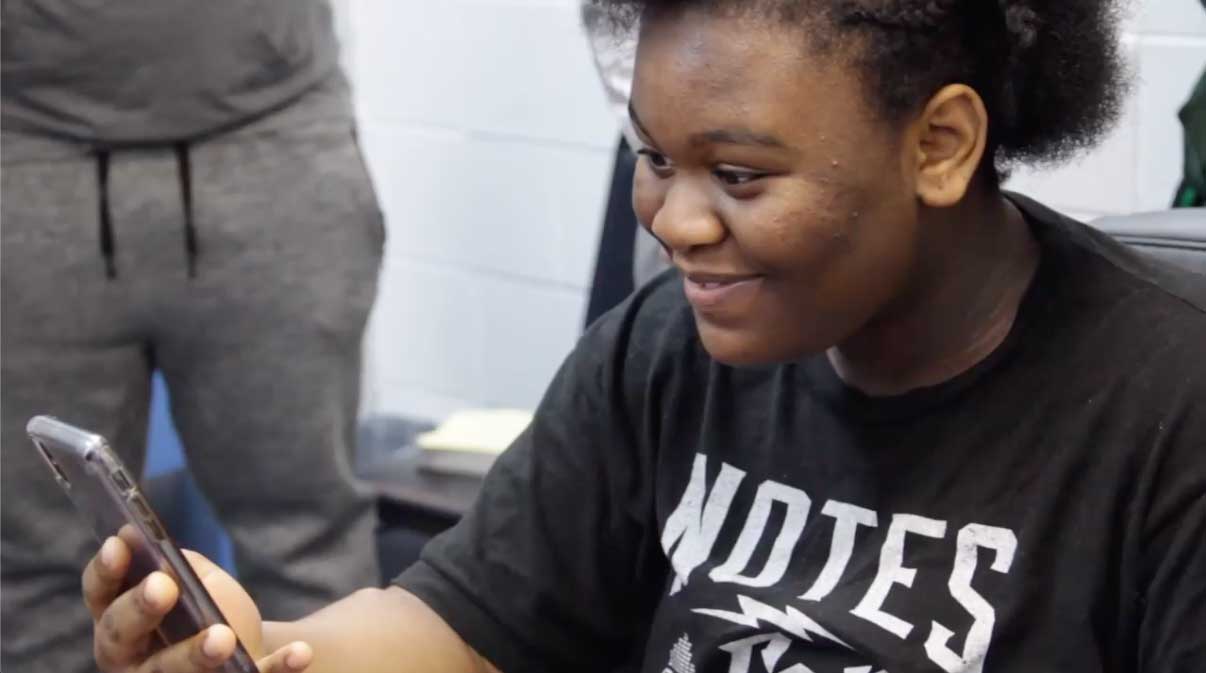 She IS an Innovator!

Tionna Thompson, a 15-year-old SAY Play member born in Nebraska but raised in Detroit, was asked to meet with Co-Executive Director Dana Davidson in the small staff conference room at the center. Her friends were asked to join her.

Waiting for her on the other end of a FaceTime call was Meredith Morris, Global Education Leader at Dow Chemical, a sponsor — along with Cooper Standard — of SAY Play’s Science in the DEEP. And she had big news: Tionna was headed to Kenya this summer as part of WE Are Innovators. A small group of challenge participants will travel to Kenya in late June to do a community service project for a Kenyan community and share their STEM project ideas. Going with her is Dana Davidson.

Just watch their reactions to the news!

WE Are Innovators Challenge  gives students the opportunity to identify, innovate and develop solutions to the world’s most pressing issues. Tionna was the first student at SAY Play to accept the challenge and submit a proposal for an innovative and sustainable solution to a selected issue that could be implemented in local communities to make a positive impact for the future.

Tionna’s project proposes the creation of neighborhood greenhouses out of vacated homes throughout Detroit neighborhoods.  These greenhouses would supply fresh produce that neighbors can purchase and the greenhouses will increase greenery for local communities in an effort to improve community health and reduce food waste.  The concept was born out of a sincere desire to see her city grow healthier, stronger, and more vibrant, and do the same for communities like her own.

To complete the project, Tionna spent three weeks working exclusively on this at the center, giving up time in Notes4Notes studio and other SAY Play activities she enjoys to focus on her idea. She was mentored by volunteer John Knapp, a Michigan State graduate on his way to medical school. High school intern Mycah Cooper and volunteer Dale Brown also served as supporters as Tionna worked to develop her concept.

Of Tionna during the process, Davidson describes her as “intelligent, gracious, funny, creative, flexible and a pleasure with which to work.”

You can see her dedication just on the call. Despite the exciting news, she was eager to keep talking about her idea and developing it further with Morris (without the audience). Later, she told us, “I love my city and the things we are capable of doing.”