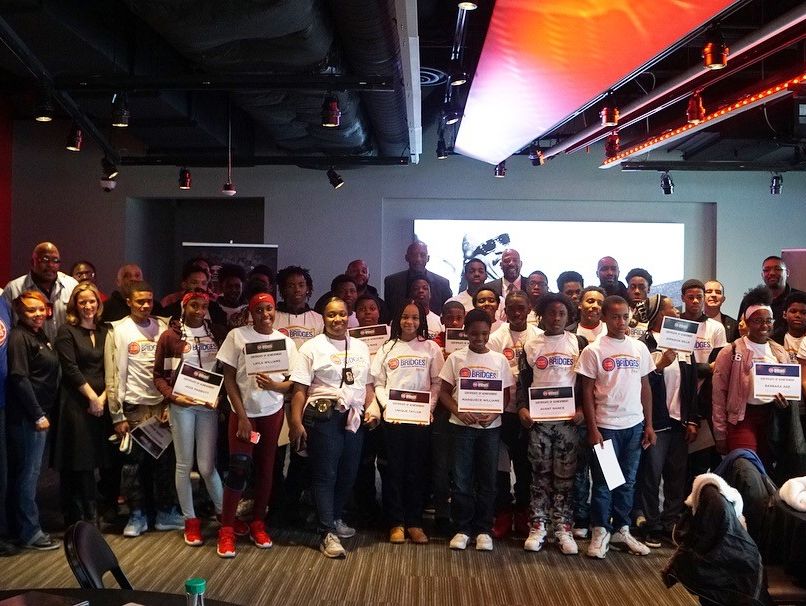 Building Bridges at the Arena

On Martin Luther King Jr. Day, the students who completed the “Building Bridges Through Basketball” program were honored on center court at Little Caesar’s Arena. The program is a partnership with the Pistons, RISE, Detroit Police Athletic League (PAL), SAY Detroit Play Center and the Detroit Police Department. The weekly 2.5-hour sessions for youth ages 12 to 16  featured a combination of on-court basketball programming and hands-on learning developed by RISE. The sessions, which were held at both SAY Play and Chosen Generation Community Center, focused on leadership, conflict resolution, identity and diversity. The tip-off event at SAY Detroit Play Center in October was part of the Pistons’ activities during Jr. NBA Week.

On #mlkday, our students had the opportunity to share their experiences in the ‘Building Bridges Through Basketball’ program via @risetowin Were so proud of our Detroit dreamers #SAYDetroit #detroitpistons #instaeducation

Through a partnership with the Pistons, @RISEToWin, @DetroitPolice, @DetroitPAL & @sayplaydetroit, a Building Bridges Through Basketball program was created with the goal of teaching children leadership skills & to build relationships between police & teens. Watch #DetroitHeart pic.twitter.com/YSU8QLuErS

← Wrapping Our World in a Bow and Holiday Cheer Celebrating our Football and Cheer Teams! →
Back to stories